Historical, prestigious and elegant settings merge in a cozy and familiar atmosphere

The Aulettaâ€™s Marquis Castle, owned by the Maioli Castriota Scanderbech family, has medieval origins being part of the defense fortress of the Salernoâ€™s Dukedom. Through the years, the Castleâ€™s architectural structure has been modified several time and it got the current configuration after the Calabriaâ€™s Duke inspection together with Antonio Marchesi, expert in fortifications.

During 1535 the Castle, thanks to its fortified walls and to its strategic location, made an extraordinary opposition against Spanish troupes attacks of Emperor Charles V. In the following centuries the Castle was first of the Gesualdoâ€™s family, then the Marquis Vitilio De Gennaro and finally of the Castriota Scanderbech (descendant of Giorgio Castriota Scanderbech, Albanian national hero of the XV century).

During the first half of 1900, the Castle hosted various time the last King of Italy, Umberto II di Savoia, and his wife Maria JosÃ¨. All of these facts are fully embedded in the Castle rooms which make it a unique place full of history and charm. 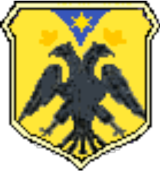 Valiant Leader and Warlord of the XV century, National hero and Prince of Albania

The King of Italy, Umberto II, hunting in the Auletta's Castle land

The Queen of Italy, Maria JosÃ¨, welcomed at the Castle by the Auletta's Marquis